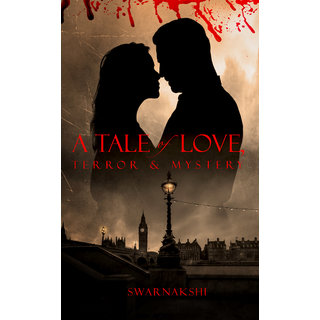 Spirits have always been a part of her life ever since she could remember.

For Sara Daniels, it has been both, a gift and a curse, but now it has made her a killer's target. She has been called to the Mayfair Inn to investigate the death of the owner's late wife and is immediately faced with a cynic and arrogant hotelier.

He is rumored to have MURDERED his wife.

Aryan Morley has his doubts when it comes to the mystical. He doesn't believe in the psychic and her supposed 'gift' but when paranormal incidents heppen at his Inn, his initial beliefs in ghosts and spirits are put to questions.

In the midst of passion and peril, Sara and Aryan unite to solve the mysteries at Mayfair Inn. Sara made Aryan believe in ghosts but can he make her believe in LOVE?

When the paranormal threatens those we care about, can love be enough to escape the MYSTICAL?

WARNING: THIS BOOK IS FOR MATURE READERS ONLY.

About the Author: Swarnakshi is an aspiring writer who has completed her graduations in Mass Communication and Journalism from Jaipur. In her free time, she likes to read and bake. She is romantic at heart and believes in the magic of words and happy ending for everyone. Her love for romance novels began when she was in high school and it never stopped. She believes that books are one's best friend, for they always stay with you no matter how old you get. Her favourite authors include M. M. Kaye, Tal Bauer, Jocelynn Drake, Rinda Elliott, Ella Frank, Susan Stoker, and Rhonda Brewer among others. This is her debut novel.