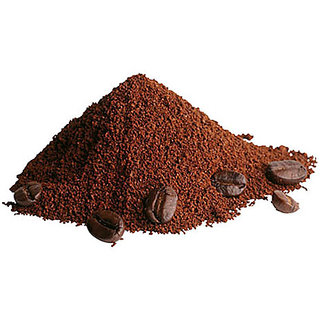 Fondly referred to as the ‘Coffee Cup of India’, this is one sobriquet that Coorg wears with an almost possessive air. After all, some of the world’s best coffee is grown here, and the slopes are redolent with the aroma of fine Arabicas and Robustas.

This heartland of Indian coffee is renowned for its ‘monsoon-fed coffee’, shade-grown under giant Rose Wood, Wild Fig and Jack Fruit trees. While nurturing and instilling the beans with exotic flavours and aromas, these fruit laden trees are a unique eco-system by themselves providing home to thousands of birds and animals including the Great Indian Pied Hornbill and the Giant Malabar Squirrel.

Come February, the air is filled with the heavy fragrance of snow white coffee blossoms, heralding the onset of the coffee season. In November, the plants are dotted with ripe red coffee cherries. And throughout the year, it is the beverage of choice for natives and tourists alike.

The first estate in Coorg was established in 1854 by an Englishman of the name John Fowler. The first British superintendent, Captain Le Hardy took a deep interest in the prosperity of the land and soon nearly every family in Coorg had started growing the brew that refreshed the world.
In 1670, Baba Budan, a Muslim pilgrim, smuggled 7 coffee seeds out of Mecca and planted them in the Chikmagalur region near Coorg in Karnataka, thus introducing coffee to India.
Today, Karnataka yields 140,000 tonnes of coffee a year, making it the largest producer of coffee in India.
While coffee was the cup that cheered, the hills of Coorg were the supply depot for the famous spice coast of Malabar. Pepper, Cloves, Cardamom, Kokum (Garcinia cambogia), Cinchona, and other stars of the fabled ‘spice route’ are residents of these hills. Coorg Pepper is simply considered the world’s best and since ancient times, traders have landed on the neighbouring Malabar Coast of Kerala to pick up loads of this black treasure. The ancient Greeks, Romans, Arabs and Chinese then carried it to different parts of the world.

Pepper abounds here, and is grown along with the coffee. The pepper vines are allowed to climb around the towering shade trees, creating ‘green pillars’ that look like they support the sky.