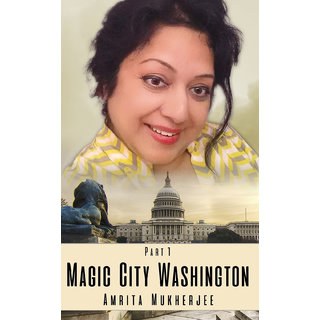 This is a story of a girl named Suhani.

A girl who started her journey in a deadly winter night of November, 1992, with her passport and twelve dollars in her pocket. In a dangerously crime infested nation's capital of Washington DC, she had no friend, no family, no shelter. She was running away from her own violent domestic backdrop. The sky was dark, wind was cold and there was no hope in the horizon.

But Washington DC, the magic city, unfolded it's magic, colors, versatile gorgeous patchwork of human natures from all corners of the world and enfolded her in a warm, loving cocoon of safety quilt. Strangers opened their heart, God's house protected her, British manager trained her, African American embraced her, Congressman congratulated her, Pakistan passioned her, Bangladesh clasped her hand as sister and brother. Trinidad gave her sponsorship, Philippine became best friend, Canadian dressed her in pink gown, California took her to the president's ball. Russian brought the fairytale, Argentina taught her soccer, Korea taught business, Chinese taught hard work.

She marched through all the galore and glories of a Magic City, which completed her as a beautiful strong, independent woman. She was able to fulfil her dream and graduated from the most prestigious university with rare honor. She was no more an orphan, lost soul, a thing to pity.

And above all, one day in a bookstore, she met an amazing person, who changed her life forever...

Let's walk with her on the 16th street, will catch the train at McPherson square and will get down at Smithsonian mall.....not for Monument, not for Capitol, not for Reflecting pool.....but ...for the invisible magic, to feel and listen to the powerful heartbeats of a vibrating, multicultural MAGIC CITY. Let's go.