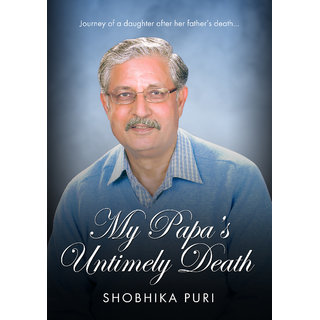 Who Is This Book For?

- People who have gone through such a tragedy.

- People who know of other people going through such tragedies.

- People who do not know how to deal with mourners.

- People who want to understand what a person goes through when such a life-altering event occurs.

- All the daughters and sons across the world who love their parents.

Shobhika Puri is a writer, editor, and instructional designer.

This is her first book; unfortunately, about a theme that distresses her deeply. She had some ideas for a book for a few years, but she never thought her first book would be about and after her father’s death.

The book is straight from her heart and is dedicated to her parents.