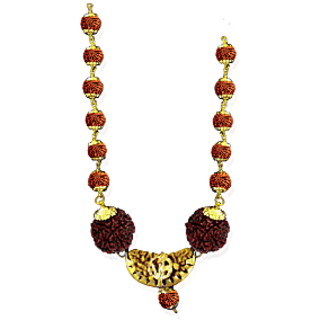 Following is an incredible kavach made out the increasing demands & faith  of people in  rudraksha combination made to form kavach. This   products is unique in itselve as it is made from thousands of years sidhi form our gurus

- Professionally Packed to avoid any damage in transit.

Unsatisfied with the product get Full Refund.

" reduces vulnerability to dreaded diseases. You have rare opportunity to get a it for strengthening extremely weak and afflicted planets. You can make your life better with it. It helps in getting a male child| for better professional prospects and for spiritual advancemoney

It is a special design for an individual based on his/her planetary positions.

| an amulet| is a protecting shield in the form of a spiritual pendant.It contains a special power kavach energized in a rarely available auspiciously elected time + necessary astral quality rudraksha for the functional benefic planets for the individual. The Kavach is also known as Raksha Kavach. The Kavach carries the spiritual blessings of the provider of the Special Purpose Kavach and is useful for those who are having serious planetary weaknesses and afflictions in their birth charts. The Kavach improves the strength of seriously afflicted and weak functional benefic planets in the natal chart. It provides the wearer better protection to the natal and transit afflictions. The preventive use of Kavach is in fact believed to be a panacea and there is nothing like this when used with the performance of special propitiatory remedies. It is the best form of immunisation and preventive remedy. It is likely to prevent critical diseases wherever the vulnerability exists in the birth chart/horoscope. Many people are trying to sell this concept seeing its popularity. We sincerely hope that they are following the conduct recommended for the Kavach preparer. Kavach can also be provided on special designs and in gold. For a gold Kavach the cost of the gold would be extra.

Wherever a natal weak planet is under the exact or very close affliction of Rahu| Ketu or the most malefic planet| one becomes vulnerable to a prolonged chronic/allergic disease or a cancerous disease. In such a case the special purpose Kavach with the performance of suggested propitiatory remedies creates a preventive cover and helps tremendously.

Kavach helps you if you are vulnerable to:

The above situations are caused by severe afflictions to badly placed and/or weak natal planets. The natal chart provides advance insight in one's vulnerability to such problems. The experience and feedback shows that astrological remedial measures are likely to help persons with such natal influences to save themselves of such diseases. While the medicine systems treat the astrological remedies prevent and help in treatment. This is the biggest difference. It is like an insurance. If one sees its utility it costs nothing in comparison to the treatment if one contracts a dreaded disease.

Kavach partly draws its power from the powerful planetary position in which it is created and partly from the special propitiatory remedies done for this. This kavach would be quite helpful in spiritual realizations and dealing with life problems in the fields of children's education| health| marital| relationships| professional problems| business problems| etc.

Kavach is certainly not a miraculous or magical object. This is part of faith healing. Though its effectiveness and the amount of help is tremendous| it is difficult to be shown in a scientific manner. The confidence of the Kavach providers is based on the feedback of the users.

Kavach helps those having the exact afflictions of the most malefic planet or the functional malefic planets amongst themselves or with the functional benefic planets may not feel/realise the immediate impact made by the Special Purpose Kavach though the Special Purpose Kavach is believed to provide tremendous support to the planets under stress. For example| the exact affliction in the case of the lords of the sixth and eighth houses makes one vulnerable to paralytic attacks or chronic ailments. For example see the results of such an affliction operating in the chart of USA in September| 2008. A serious setback was caused to many financial institutions and financial markets besides the rescue economy plan of President George Bush being voted out by the US Congress. The application of a Kavach by an individual here is believed to reduce the vulnerability to a large extent but how much is difficult to show. Such exact afflictions are very difficult to move. So the seekers of a kavach should clearly understand that there is no way that the effectiveness can be shown or proved in a scientific manner. It is a matter of faith and has to be dealt with accordingly. Since all the services on our part for preparation of the Kavach are completed at the time of providing the same and the taxes as applicable on our services are paid| no refund of the cost of the Special Purpose Kavach is possible and allowed.

Efficacy of astral remedies depends on many things including the ascendant and the strength of the natal planets. If the functional malefic planets are more in the natal chart with multiple close afflictions and the functional benefic planets are weak one benefits with lot of delay. For example| the people born in the Virgo| Cancer| Pisces| Taurus and Capricorn ascendants need lot of time for sincere and faithful performance of propitiatory remedies Then the further factors to be seen are the strength of the sub-period and the transit influences.

Any planet has capacity to bless the native with its results if its natal strength is at least 60% and it is unafflicted. When the strength for a particular planet is less than 60%| the results may come with some delay and of slightly lower order. With the help of the strengthening measures it can be brought to the level of 60% so that it blesses the native with the significations ruled by it.

One can strengthen the extremely weak and afflicted planets by way of a Kavach if the planetary strength is below 25%.

The Kavach (amulet) helps the wearer in reducing the obstructions in life and promoting the results of favorable functional benefic planets. However| it is one's own choice and one makes the choice as destined. We are just medium. Those who wear take this as will of God in the form of an opportunity to improve.

Kavach is worn in an auspiciously elected time. The auspicious time is worked out with reference to the place of stay. Gem therapy has little comparison to the benefits gained by wearing the kavach which also acts as a protective shield. When used as a preventive therapy it is likely to benefit in the following areas:-

-Blesses with achievements and recognition in life

and so on and so forth the list is very long.