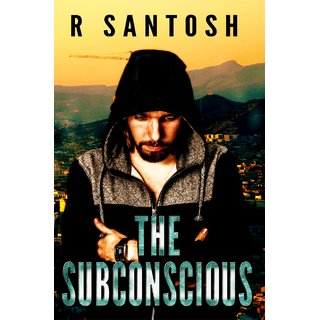 Vijay Poonawala never really understood the significance of the two recurrent dreams that he had been dreaming since eight years; one based in the thirteenth century in the Yadava dynasty, and one based in the future. in a span of a couple of months, his closest pal, Munna and he realize that he was actually dreaming events that would occur in the future of specific people's life.

Shruti, the girl whom he loved, her brother, a neurologist and his professor are sure he has a rare condition where the subconscious part of the brain cross talks with the conscious part. They have reason to believe that mankind is still to understand this part of the brain, which could traverse the fourth dimension of space, i.e. time. However, before they can study him further, his dreams proceed at a furious pace.

Vijay soon realises that two of the characters of his recurrent dreams are very important people in real life; one is from the higher management in a Spanish Oil company, and the other is a daughter of a senior IPS officer. When Vijay's dreams predict the latter's kidnapping by a Russian Oil Baron, who is also tipped to sponsor terror, Vijay and Munna are made to enter an important mission; a mission that takes them to Spain, England and finally Russia.

As the mission is underway, Vijay realizes many sinister things about himself and his life... and each time he thinks he thinks he has come to understand himself better, he learns something to the contrary, and again, and again..