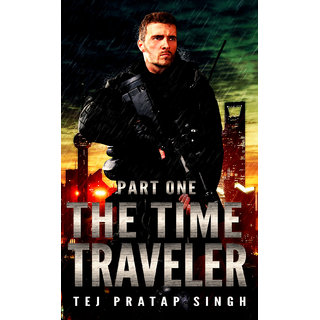 In the year 2956, Earth, as we know it, is divided between two massive superpowers - The Armed Military Union (A.M.U) and the International Federation (I.F) who are involved in a brutal war for complete world domination. The Moon however stays an independent colony. Commander Kenneth Cent (KC) commands the Northern part of the A.M.U and is everything that a fearless leader of that rugged and grueling time should be.

During one of the battles in the heart of the I.F stronghold, Commander KC is captured by the I.F who execute a diabolical clandestine operation by erasing KC’s memory and sending him back in time to the year 2017. In trying to get to the bottom of things, KC is crushed physically and emotionally. He is chased by the most ferocious agency agents, arms’ dealers, drug traffickers and he shoots his girlfriend - Jenny, only to realise that she was his wife from the year 2956 whom he had already lost once in the future.

KC is smart, intelligent and sharp. He has a knack of coming out on top, even of the most desperate situations and is thrice as fast than the average man. But even with all these assets, he struggles to make his way back home, not just from a few thousand kilometers away, not just across a few continents, but across an entirely different time and reality. For the sake of his love and for all that he stands for. Will KC be able to find out the true purpose behind his Time Jump?