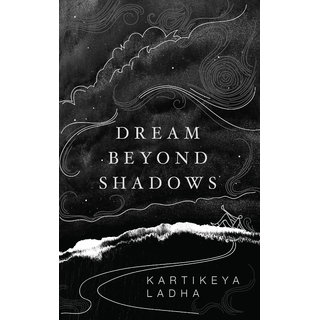 One winter’s night the writer renounced his American dream of building a life in New York City to follow an enigmatic inner voice and embrace an unknown path, which goes on to occasion a life-changing journey in Peru, South America.

He experiences the remarkable healing properties of shamanic ceremonies in the Amazon Jungle, the sublime energy of the ancient Inca Citadel of Machu Picchu and the Andes Mountains, the openness of Peruvian villagers and their commendable life-styles in harmony with nature, and friendship of many individuals who ‘coincidentally’ enter his life at the most appropriate moments to help him integrate the vital changes taking place in his being.

Part autobiographical, part travelogue, part philosophical musing and part poetry, wrapped up in language both sensitive to the writer’s predicament and lyrically appreciative of the natural world, this book addresses the ethos of the world’s current dominant civilizations.

It also affirms for many seekers in the world, that it is possible to discover their true path in life and create their own reality based on their version of the absolute truth, which ultimately rests in all of us.

About the Author: Born in Gwalior, a historical town in India, Kartikeya Ladha grew up immersed in the palette of India’s vibrant customs and family life whilst being educated in a rigid school system at The Scindia School, a relic from the days of the British Raj.

After completing his High School, Kartikeya left India to attend the D’Amore-McKim School of Business at Northeastern University in Boston, where he concentrated in Management and Entrepreneurship. Soon after graduation he moved to Brooklyn, New York and worked for a start-up solar company as a door-to-door salesman and soon became a team leader.

It was one of the most successful community solarization programs in the U.S and Kartikeya fearlessly knocked doors in Brownsville, tagged as “Brooklyn’s Most Dangerous Neighborhood” by TIME magazine in 2012. He educated hundreds of households about climate change and motivated them to take positive action for the environment by embracing renewable energy.

Kartikeya quickly became the company’s highest earner and enjoyed all the delights of fast city-living – until an inner voice surfaced out of the darkness and compelled him to renounce his long-held plans of building a life in America and go “seek the truth” behind human existence.

His quest in wake for the absolute truth led him to walk on an unknown path, and inspired him to travel around the world to faraway lands while breaking past the normal equations of life to unearth his calling from our mystical world. In this process, he also initiated an endless stream of rediscovering himself as a human being, while trying to serve upon his life’s heart felt mission.

This is his first book, which captures the narrative tales of his many insightful stories, based on the experiences he gained from a trailblazing expedition to Peru, South America.