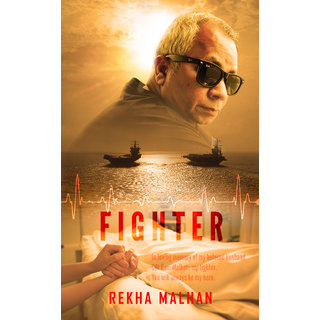 A slight change in the voice and a routine visit to an ENT doctor brought Ravi Malhan's life, who wanted to become a motivational speaker and an author, to a grinding halt, when he was diagnosed with larynx cancer.

Due to total laryngectomy, his voice box was removed; thus, he lost his voice. Destiny hit him in the cruelest of ways. Ravi loved to talk; seldom did he know that he would be deprived of his favorite hobby during his last days. He used to communicate with others and himself through the mode of writing. It was then that he started jotting down his thoughts in his journal and on social networking sites, which has been compiled into this book by his wife after his death.

Radiation, chemotherapy, homeopathy, and Ayurveda gave him somewhat a normal healthy life for almost another four years during which he became a marathon runner and also started traveling across the world extensively. Just three days before his 60th birthday, he left for heavenly abode. He was a voracious reader, great writer, and an excellent orator. A loving husband, a doting father! He was a proud commander of the Indian Navy and a golfer. He was a man with an exceptional sense of humor; a good example of which can be seen in the notes that he exchanged with his family members and friends who visited him in the hospital. Excerpts of those notes have been included in the book too. The people who helped and supported him on his journey have been acknowledged with heartfelt gratitude. His never-dying, living-in-the-moment and positive attitude are quite prominent in this book. It is a kind of a book that you can pick up at any time and start reading from anywhere.

Rekha Malhan is the wife of Ravi Malhan, on whom the book 'Fighter' is based. She currently lives in Mumbai. She planned to release this book in fond memory of her beloved husband, who she feels inseparable from even today.

The book has already been in Amazon Bestsellers List Top 20 in its category.