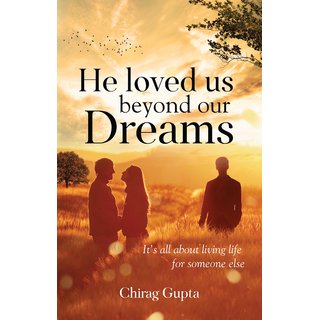 This story is about a boy named Sumair who lived with his parents in New Delhi. His father was a successful businessman and mother was a successful, well-known social worker. Sumair was a very kind-hearted, simple, emotional and down-to-earth person. He met a boy named Ayaan who also lived in New Delhi with his family; his father was uneducated, rude and selfish kind of a person and mother was also of the same nature. So, he was very unhappy with the family. Sumair and Ayaan met each other and became best friends for life. After a few years they became like brothers from another mother. They were living their brotherhood with full joy and fun.

A girl named Suhani entered Ayaan’s life and they fell in love with each other. All three of them were living their lives happily. Ayaan and Suhani got engaged and Sumair was just waiting for his Ms. Right. They all travelled to many countries and enjoyed their bachelorhood together. Life is life - we plan something, and something else happens. Life gives us surprises by doing something which is against our plans.

After a few months, one severe tragedy happened with all of them because of which they all had to go through the worst phase of their life. A tragedy changed their lives forever. To face the situation, they had to do something which was not at all planned. Because of their decision, every relation got a new name. A very big truth/reality was hidden from everyone. The climax of the novel is most unexpected, unbelievable as it will reveal the reality because of which someone will break many hearts and win many others.

Someone will sacrifice everything, every relation just for the sake of everyone. Sometimes you get happiness because your love is smiling in front of you. Love is all about giving, not receiving.

About the Author: Chirag Gupta is a 26-year-old young dynamic man from New Delhi. He did his graduation from a university in Himachal Pradesh, post graduation from Allahabad and a two-year advanced diploma in interior designing. He has been doing a job in the corporate field from last six years and has also been running his own firm of interior designing since last four years.

Please Note: Seller assumes all responsibility for the products listed and sold . If you want to report an intellectual property right violation of this product, please click here.
Please provide Best Price credentials
Food Beverages
Some text some message..