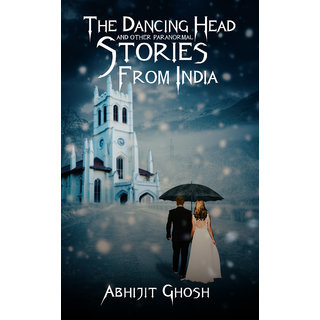 “What” Mr. Srivastava almost jumped from his chair “of all the vacant flats you had to choose this one? Whoever stays in the flat for three nights does not survive more than a week. This has happened twice. You must move out at once”

Ajit was shifted to another vacant flat but could he be saved?

- Did the big brown dog come solely to save the jeep driver’s life? If so where did it go after being mortally hit by the very person it came to save?

- New bricks keep raining day after day even though there are no brick kilns in the neighbourhood.  Who is playing this mischief? Is there a sinister motive?

- Why should the English couple give up their lives immediately after marriage in the posh mall area in Shimla? Such things never happen in British society!

- Can a headless hulk coming towards you be stopped by a couple of bullets from a.32 Colt revolver?

Read the answers to these and other hair raising stories in this compilation of paranormal events. Skilful blend of some true and some imaginative stories make this book eminently readable. Contents of many of the stories will touch your heart.

Dr. Abhijit N. Ghosh, an agricultural scientist, obtained his M.Sc and Ph.D degrees in Genetics and Plant Breeding from the University of Saskatchewan, Canada. After returning to India he worked for the governments of Bihar, Himachal Pradesh and later joined the central government.

During his extensive travels across the country, Dr. Ghosh had the opportunity to stay in many buildings reputed to be haunted which kindled his interest in ghosts and spirits.

While he has authored a few monographs on behalf of the Food and Agriculture Organisation of the United Nations and has published a number of research papers in foreign and Indian scientific journals, this is his first book in this genre.